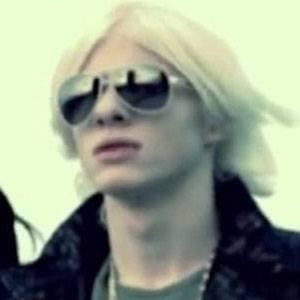 Famous for his singles "Georgian Dream," "Hip Hop Waltz," and "Light It Up," and for his album Gpirdebi (English translation: I Promise), this French-born-Georgian pop, R&B, and hip-hop vocalist and songwriter is also known for his work with GDS TV.

By the time he was four years old, he was able to play the violin, drums, and piano.

He was born with a melanin deficiency condition known as albinism.

He grew up with siblings named Gvantsa, Uta, and Tsotne, and is the son of Ekaterine Khvedelidze and billionaire, Georgian Dream Party founder, and former Georgian Prime Minister Bidzina Ivanishvili. He and his wife Nanuka Gudavadze have a son together.

He is known for his collaborations with multi-Grammy-winning R&B songwriter and producer Rodney Jerkins.

Bera Ivanishvili Is A Member Of