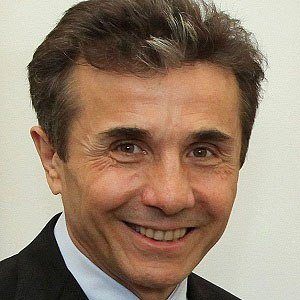 From 2012 until 2013, this founder of the Georgian Dream political party served as Prime Minister of Georgia. Also a successful businessman, he was one of the world's Top 200 billionaires and his country's wealthiest person, according to a 2010 Forbes magazine ranking.

His multi-million dollar home was designed by the renowned architects Mikhail Khazanov and Shin Takamatsu.

He grew up in Chorvila, Georgia (then part of the Soviet Union) as the son of a poor factory worker. His marriage to Eka Khvedelidze resulted in three children, two of whom -- including the successful rapper Bera Ivanishvili -- were born with albinism.

During a portion of Ivanishvili's tenure as Prime Minister of Georgia, Mikheil Saakashvili served as the country's president.

Bidzina Ivanishvili Is A Member Of