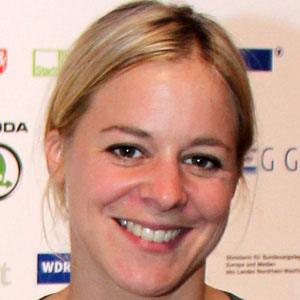 Multiple-time winner of the Best Actress Award at the Adolf-Grimme-Preis who appeared in the German films Ein Starkes Team and Tatort.

She started acting at 16 and won much acclaim for her role on the show Der Schandfleck.

She won the Adolf-Grimme-Preis for Best Actress for a second time in 2008 for her role in the German television movie An Die Grenze.

She and fellow TV actress Sheryl Lee are both natives of Germany.

Bernadette Heerwagen Is A Member Of