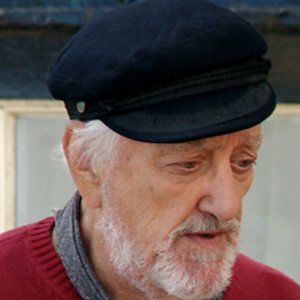 Enduring actor and singer who has re-invented himself over the decades as a narrator for the children's show, Wombles, a novelty rock singer, and the companion to the Tenth Doctor in Doctor Who.

He began on stage in the West End of London, playing in Shakespreare's A Comedy of Errors, and Not Now Darling.

He began to make appearances on Dr. Who in 2006 and then became to make regular appearances in 2008.

He was born in Derker, Oldham, Lancashire.

He co-starred with David Tennant, the Tenth Doctor, in the Dr. Who Christmas and New Years special in 2009-10.

Bernard Cribbins Is A Member Of