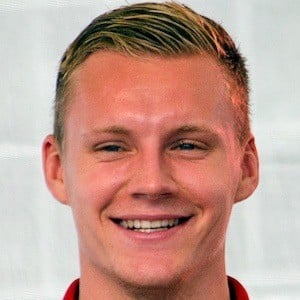 Professional goalkeeper who, in 2011, became the youngest player ever at his position to play in the Champions League. Domestically, he spent his early Bundesliga career with Bayer Leverkusen from 2011 until 2018 when he signed with Arsenal.

He joined Stuttgart's youth team in 2003 and made his professional debut in 2009 with Stuttgart's reserve team. He joined Leverkusen in 2011.

He started playing for Germany's international youth teams in 2008 and joined the national team in 2015.

He was born to Rosa and Viktor Leno.

He and Lars Bender have played together on Leverkusen.

Bernd Leno Is A Member Of