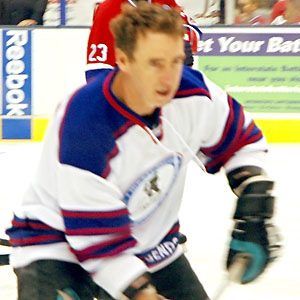 Prolific scorer who accumulated more then 1,200 points in 17 NHL seasons.

He scored 32 points in 22 games in his first NHL season, and helped lead the Los Angeles Kings to the second round of the playoffs.

He retired one of just a handful of players to score more than 70 goals in a single season.

He grew up in Haliburton, Ontario, Canada.

He was the center of the Los Angeles Kings' offense before they acquired Wayne Gretzky.

Bernie Nicholls Is A Member Of