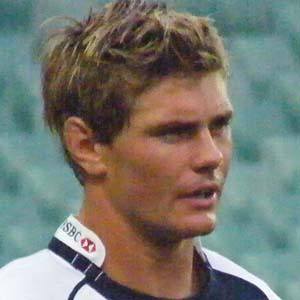 Australian five-eighth who played for the NSW Waratahs from 2010 to 2013.

He played junior rugby for the Kingaroy Red Ants.

He made his debut in international play against Japan in the 2007 World Cup.

Michael Harris joined him on the Australian national team in 2012.

Berrick Barnes Is A Member Of