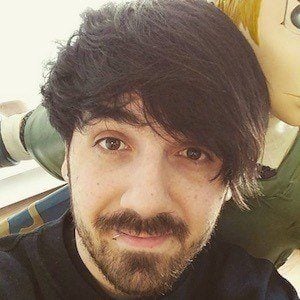 YouTube gamer who is known for his BersGamer ❤ channel. He has gained popularity there for his frequent and in-depth gameplay highlight and walkthrough videos, as well as his personal vlog entries.

He began his YouTube channel on February 14, 2012. He posted his first video there the next day.

He has amassed more than 1.1 billion views to his YouTube channel since its beginning. One of his most popular videos there, "SENPAI ME DEJA EMBARAZADA!! + NUEVA MUERTE ! | YANDERE SIMULATOR BERSGAMER", has earned more than 3.5 million total views.

He and fellow YouTube gamer Vegetta777 have both risen to prominence via their in-depth gameplay walkthroughs.

BersGamer Is A Member Of