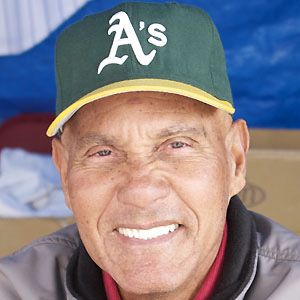 He hit two home runs in his very first professional game with the Kansas City Athletics.

He became the first player in baseball history to play every single position in one game.

He married Norma Campaneris in 1969.

He played alongside slugger Reggie Jackson on the Oakland Athletics.

Bert Campaneris Is A Member Of