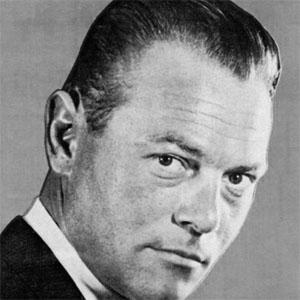 Composed Strangers in the Night, Moon Over Naples, and Spanish Eyes. He specialized in jazz and easy listening.

He bebopped around the music scene for decades, playing Hans Busch's orchestra initially, then serving as a bandsman during World War II in the German Navy, then touring with his big band and recording with Freddy Quinn and Ivo Robić.

His song Strangers in the Night was a #1 1966 hit for Frank Sinatra. He was posthumously inducted into the Songwriters Hall of Fame in 1993.

He married wife Hanne in 1946. The couple had a daughter named Marion.

He discovered John Lennon and The Beatles, when he hired them for the album My Bonnie to back Tony Sheridan.

Bert Kaempfert Is A Member Of