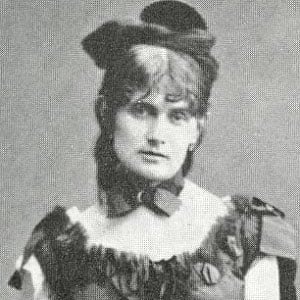 A prominent member of the nineteenth-century French Impressionist movement, Morisot is particularly remembered for her masterwork The Cradle (1872). Her other major works include Reading (1873), Lady at her Toilette (1875), On the Balcony (1872), and Summer Day (1879).

After studying under painters Camille Corot and Achille Oudinot, she exhibited two of her early landscape paintings at the 1864 Salon de Paris.

One of four children born to Edme Tiburce Morisot and Marie-Josephine-Cornelie Thomas, she had a privileged upbringing in Bourges and Paris, France. From the mid-1870s until his death in the early 1890s, she was married to Eugene Manet; their daughter, Julie, was often the subject of Morisot's artwork.

She was the friend, colleague, and sister-in-law of fellow Impressionist painter Edouard Manet and also the subject of several of his portraits, including the 1872 work Berthe Morisot with a Bouquet of Violets.

Berthe Morisot Is A Member Of