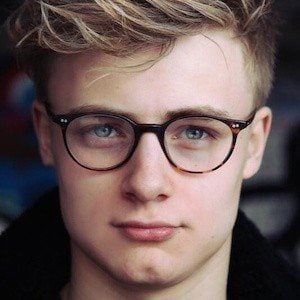 Actor who had his first major role in Harry Potter and the Deathly Hallows - Part 2, where he played Scorpius Malfoy. He also played Fleance in a 2010 television adaptation of Macbeth.

He made his first television appearance on Horrible Histories in 2009.

He gained a large internet following in the late 2000s for uploading YouTube videos under the name bertiebertg.

He has a sister named Genevieve. He has been in a relationship with YouTuber Savannah Brown.

Bertie Gilbert Is A Member Of