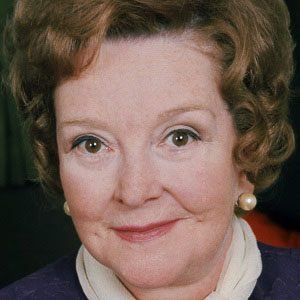 Notable for her stage, screen, and radio work, this twentieth century British actress began her rise to fame after contributing to the BBC radio program Educating Archie and went on to win a Tony Award for her performance in The Killing of Sister George and a BAFTA nomination for her work in Tinker, Tailor, Soldier, Spy.

In the mid 1930s, she debuted as a music hall entertainer and went on to appear in numerous World War II era stage shows. Early in her career, she also played comic roles at the Royal National Theatre in London, England.

She penned a biography titled So Much Love.

Born in Herefordshire, England, to parents from Scotland, she spent the bulk of her childhood in Manchester. Having married twice over the course of her life, she died of pneumonia in her late seventies.

In 1976, she was featured on the popular Eamonn Andrews show This Is Your Life.

Beryl Reid Is A Member Of