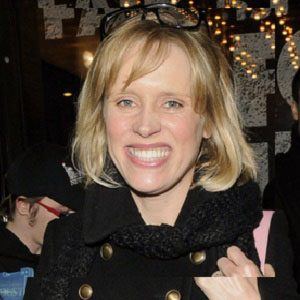 Most well known for her portrayal of Kerry Young on the British police series The Bill, she is also notable for her recurring roles on Family Affairs, Funland and Dead Set.

She studied theatre and English at Birmingham University and later attended London's Webber Douglas Academy of Dramatic Art. She later returned to school and received a master's degree in creative writing from Birkbeck, University of London.

A stage performer as well as a screen actress, she appeared in London productions of Othello, Semi-Monde, Once Bitten, and Children's Children.

The daughter of historian, writer, and pirate expert David Cordingly, she spent her youth in Brighton, England. She and her husband, stage director Adam Speers, welcomed a daughter in 2013.

Prior to her marriage, she was romantically involved with fellow The Bill actor Daniel MacPherson.

Beth Cordingly Is A Member Of