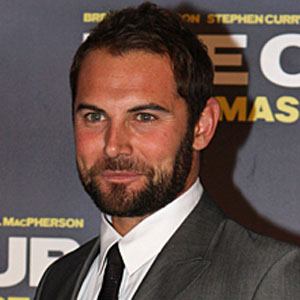 Australian television actor that has gained international fame as the co-host of ABC's Dancing with the Stars.

He was discovered by a talent scout while competing in a Sydney triathlon.

He had his breakout role as Joel Samuels on the Australian soap opera Neighbours.

He has one brother, Brodie MacPherson.

He acted with Holly Valence on TV's Neighbours.