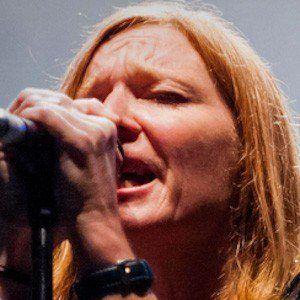 Known for her time as the lead singer for the English rock band Portishead. She has also achieved success as a solo artist, and in 2002, released the album Out of Season. Her solo album peaked at #28 on the UK Album Charts.

She moved around England beginning at age 22 to pursue her music career. Her first album with Portishead, Dummy, was released in 1994.

In 1997, she and her bandmates in Portishead released their sophomore self-titled album. It peaked at #21 on the Billboard 200 chart. In 2011, she served as a judge for the 10th annual Independent Music Awards.

She was born and raised in Exeter, Devon, England.

She collaborated with Annie Lennox on the song "Sing" from the 2007 album Songs of Mass Destruction.

Beth Gibbons Is A Member Of