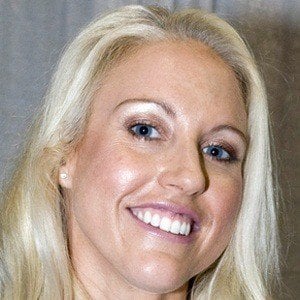 Widely known for her role as Venom on the TV series American Gladiators. She portrayed the character during seasons 1 and 2 in 2008.

She earned her first big break in show business when American Gladiators' premiere aired in January 2008. She would appear on The Today Show in July of that year to promote the series.

In 2008, she appeared as her American Gladiators character Venom on Celebrity Family Feud. She appeared in the 2014 film Scent.

In October 2005, she married her husband Bruce Butler.

She gained renown for appearing on American Gladiator alongside Gina Carano, who played Crush.

Beth Horn Is A Member Of