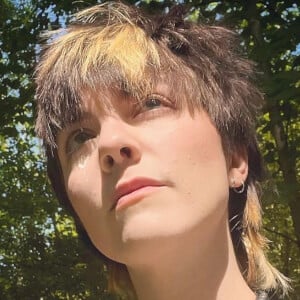 YouTuber most well known as Sqaishey or Sqaishey Quack who started creating Let's Play videos for fun on YouTube in May of 2014, and became a full-time YouTuber 3 months later. They have played the game Roblox and Club Penguin in their videos.

They were a music student in college and worked part time as a store assistant and a waitress.

They primarily feature the game Minecraft in their videos. Their channel has amassed over 1 million subscribers. They have posted multiple photographs of their pet corgi to their sqaishey Instagram account.

They have been in a relationship with Joseph Garrett of the Stampy Cat YouTube channel. They became engaged in July 2018 and married on July 28, 2019.

They and Joseph Garrett have often collaborated together.

Kye Garrett Is A Member Of