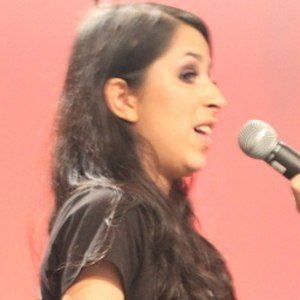 YouTube beauty enthusiast who is known for her iwanted2c1video channel. She often posts make-up tutorials there, which offer insight into completing an eclectic blend of looks.

She has amassed more than 240,000 subscribers to her iwanted2c1video YouTube channel. One of her most popular videos, "Snow White Evil Queen Witch Halloween Makeup Tutorial", has garnered more than 6 million total views since its September 20, 2010 posting.

She and fellow YouTuber Charisma Star are both known for their prolific and eclectic make-up centric channels.

Bethany Zion Is A Member Of