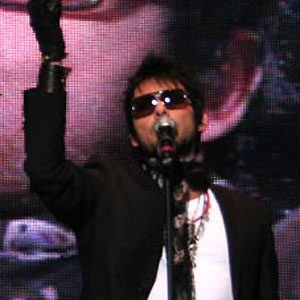 Songwriter and lead singer for the Chilean rock band La Ley, known for hit songs like "Mentira," "El Duelo" and "Aquí." In 2008, he began releasing music as a solo artist.

He grew up in Montreal, Quebec.

He made his film acting debut playing a priest in 2005's La Mujer de mi Hermano.

His full name is Luis Alberto Cuevas Olmedo. He married model Estela Mora in 2002 and they had a son named Diego together before separating. He dated actress Barbara Mori in 2010.

In 2008, he conducted an interview with the former lead singer of The Smiths, Morrissey, for LATV.

Beto Cuevas Is A Member Of