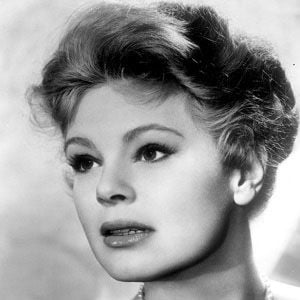 Actress who starred as Pamela Voorhees, the mother of Jason Voorhees, in the classic 1980 slasher film Friday the 13th.

She was cast on the soap opera Miss Susan in 1951.

She played a supporting role in the 1955 comedy/drama Mister Roberts, which starred James Cagney and .

Betsy Palmer Is A Member Of