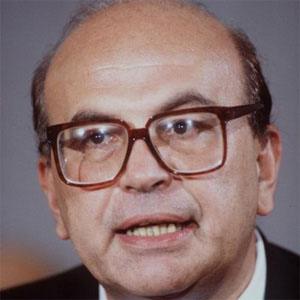 After being elected to the Italian Socialist Party in 1976, he worked to distance the party from its association with the Italian Communist Party.

Members of his administration were convicted of taking bribes in 1992, and he, too, was eventually investigated and convicted, although he fled the country to avoid jail time.

His children, Bobo and Stefania Craxi, both had political careers.

He and Silvio Berlusconi led the two longest-lasting Italian governments of the republican era.

Bettino Craxi Is A Member Of