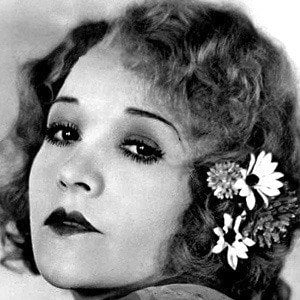 Silent film star who many remember for her roles in classics like The Miracle Man and The Docks of New York.

Her father died while she was young, forcing her to quit school and provide for her mother as a professional violinist.

She starred in the film Woman to Woman, which was written by the great Alfred Hitchcock.

Betty Compson Is A Member Of