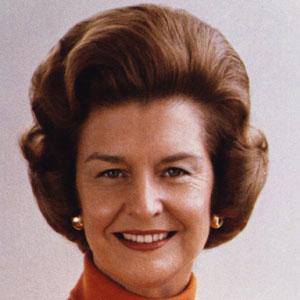 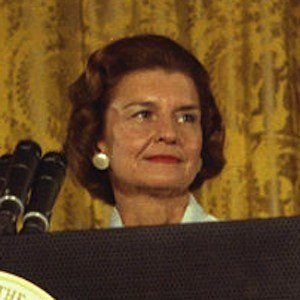 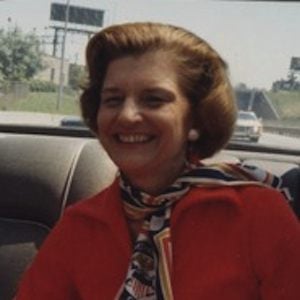 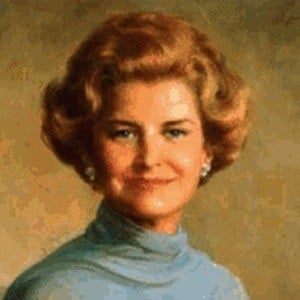 President Gerald Ford's wife who was the First Lady of the United States from 1974 to 1977. She was known for her candidness and for founding the Betty Ford Center for substance abuse and addiction.

She modeled, taught dance lessons, and worked with children in the aftermath the stock market crash of 1929.

She founded the Betty Ford Center in 1982 after she had a successful recovery from alcohol abuse in the late 70's.

She was married twice; her first marriage was to an insurance salesman and childhood friend, William C. Warren.

After her husband's defeat by Jimmy Carter in the 1976 Presidential election, she delivered the concession speech because Gerald Ford had lost his voice while campaigning.

Betty Ford Is A Member Of