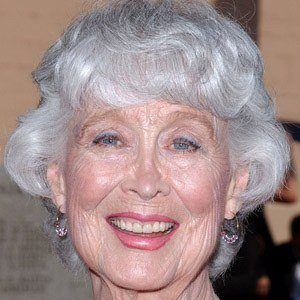 American film, theater, and television actress known for her role as Edna Babish on the classic TV series Laverne & Shirley.

She spent the early years of her career doing small theater productions before making it to Broadway in 1942.

She won a Golden Globe Award in 1974 for her supporting role in All in the Family.

She had two sons, Andrew and Garrett, with her husband of over thirty years, Larry Parks.

She starred in the 1949 film On the Town with Gene Kelly.

Betty Garrett Is A Member Of

All in the Family
Laverne & Shirley
Born In 1919
TV Actresses