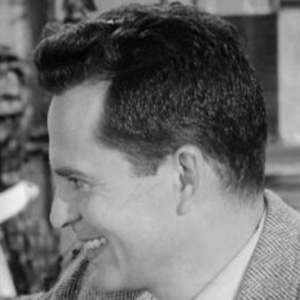 Acclaimed actor who was blacklisted by Hollywood studios after admitting to having been part of a Communist party cell. He made his final appearance in the 1962 film, Freud the Secret Passion.

He studied pre-med at the University of Illinois.

He was nominated for the Academy Award for Best Actor for his performance in the 1946 film, The Jolson Story.

He married in 1944 and had two children with her.

He beat out James Cagney, a much bigger name at the time, for the role of Al Jolson in The Jolson Story.

Larry Parks Is A Member Of