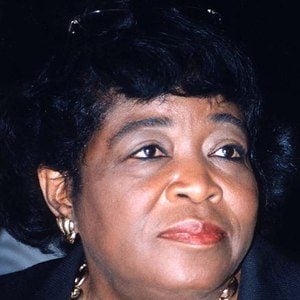 Teacher, civil rights activist, and wife of Malcolm X. She was named to the U.S. Department of Health and Human Services and was active in the NAACP after her husband's assassination.

Her grandson Malcolm set fire to her apartment, giving her severe burns which led to her death.

She had six children with her husband Malcolm X.

She was portrayed by Angela Bassett in the 1992 film Malcolm X.

Betty Shabazz Is A Member Of