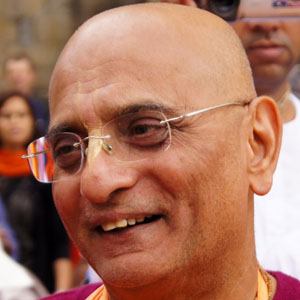 This guru and governing member of the International Society for Krishna Consciousness (ISKCON) also worked as a translator, publishing Bengali versions of the writings of his religious organization's leader, A. C. Bhaktivedanta Swami Prabhupada.

While studying in Germany in the early 1970s, he discovered Vedic literature and subsequently returned to India to join ISKCON.

In the mid 1990s, he produced a television documentary series about the life of A. C. Bhaktivedanta Swami Prabhupada.

He was born in Bengal, British India (present-day Bangladesh) and raised in Calcutta, India.

Actress Hayley Mills was also a member of the International Society for Krishna Consciousness.

Bhakti Charu Swami Is A Member Of