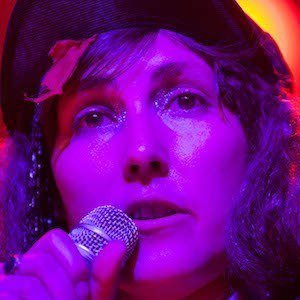 Singer known for being Coco in the band CocoRosie, performing alongside her sister Sierra, AKA Rosie. They've been extremely successful in France, with their albums The Adventures of Ghosthorse and Stillborn, Grey Oceans, and Tales of a GrassWidow all charting in the top 30 of the French popular music charts.

While studying in New York City, she lost contact with her sister, who had moved to Paris. They were reunited after Bianca moved to France in 2003, and they began making music together.

Neither she nor her sister completed high school. While growing up, their father started participating in vision quests, which they would often see him partake in while visiting him.

She, her sister, and her mother (who had separated from their father) moved on an almost-yearly basis, particularly throughout the American Southwest.

They collaborated with Devendra Barnhart on their second album.

Bianca Casady Is A Member Of