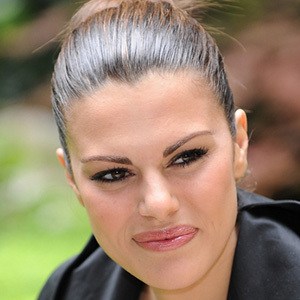 Actress who found stardom in Italy with roles on numerous films and television shows, including Capri, Assunta Spina and Picasso's Face (2000). She is also an experienced stage actress who has starred in productions like Oggi Sto da Dio.

She made her television debut on the variety program Sotto a Chi Tocca at age 15.

She is a musician who released the album Pace in 2017.

She has a daughter named Alice. She was previously married to film director Dario Acocella.

She appeared with Omar Sharif in the television film Imperium: Saint Peter (2005).

Bianca Guaccero Is A Member Of