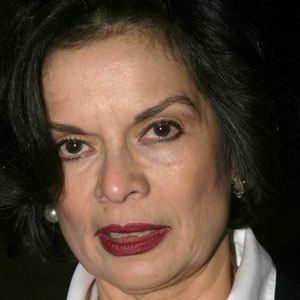 Mick Jagger's ex who transitioned from party girl to political activist and became a Council of Europe Goodwill Ambassador.

She received a scholarship to study political science in France at the Paris Institute of Political Studies.

She was close friends with Andy Warhol.

She married Mick Jagger in 1971. The couple divorced in 1978. She and Mick have a daughter named Jade.

She had a role in the Soap Opera The Colbys, which starred Charlton Heston.

Bianca Jagger Is A Member Of