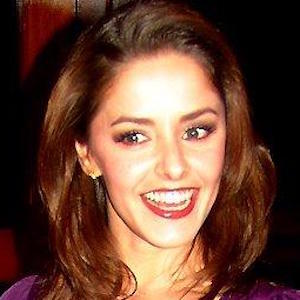 Famous for her roles in the telenovelas Ways of the Heart, Proof of Love, and Ribeirao do Tempo, she is also notable for her appearances in episodes of The Slave Isaura and In Family.

Before launching her acting career at the age of sixteen, she she trained as a gymnast.

Her marriage to Eduardo Menga began in 2002 and produced twins named Beatriz and Sofia.

She and Paolla Oliveira are both well known Brazilian telenovela actresses.

Bianca Rinaldi Is A Member Of