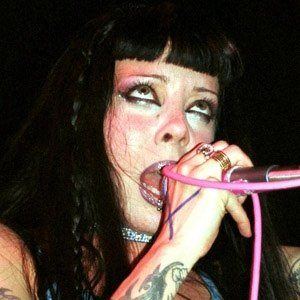 Canadian singer and songwriter who has released five successful studio albums and singles like "Spaceman."

She lived in several places growing up, including New Delhi, Kentucky, Manitoba, and Winnipeg.

She married the writer Ian Walker in 2007, divorcing in 2011. She then began dating Steve Allen and the couple became engaged in 2015.

She appeared in the music video for "Save You" with Sharon Osborne in 2009.

Bif Naked Is A Member Of