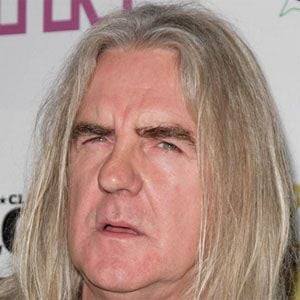 English rock singer best known as the lead singer of the metal band Saxon. The band was part of what came to be known as New Wave British Heavy Metal.

In 2010, he launched a campaign to have heavy metal listed as an official religion on the 2011 Census.

His home in France was destroyed in a 2005 fire, but his wife and four children escaped unharmed.

Pete Gill was the original drummer for Saxon.

Biff Byford Is A Member Of