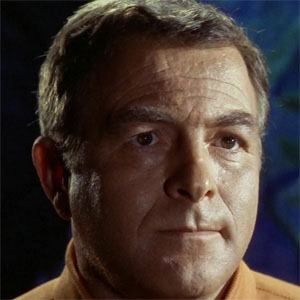 American actor known for his portrayal of the famed detective Mike Hammer in the 1953 film version of I, the Jury. He also made a notable appearance in the Star Trek episode entitled The Devil in the Dark.

He served in the United States Army starting in 1943 and was stationed in North Africa. He would later return to study acting at the Actors' Studio.

He had co-starring roles in Back to the Planet of the Apes and in his final film That's Life!.

He was married to Betty Dole from 1948 until her death in 1974 and three years later married Connie Elliot and stayed with her until his own death.

He appeared alongside Diana Muldaur in the 1977 film Beyond Reason.

Biff Elliot Is A Member Of