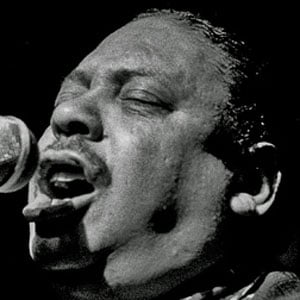 Big-voiced blues and rock 'n' roll singer who rose to fame through 1950s hits such as "Shake, Rattle and Roll." He was inducted into the Rock & Roll Hall of Fame in 1987.

He worked as a singing bartender in Kansas City at the start of his career.

His powerful voice and large frame earned him the nicknames Big Joe Turner and The Boss of the Blues.

He and pianist Pete Johnson performed together in several Kansas City nightclubs and later took their musical act to New York City.

Big Joe Turner Is A Member Of