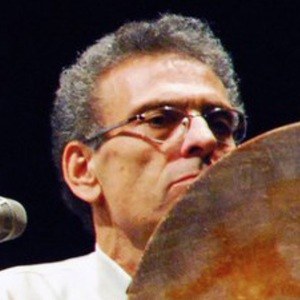 World music singer and performer who is best recognized for having been a member of the traditional Kurdish and Persian band The Kamkars. With the group he assumed vocal duties as well as playing the Tar, Rubab, Tombak, Dohol and Daf instruments.

He and his brothers began The Kamkars project in the 1960's.

He was considered to be one of the greatest Daf players and taught lessons for those wishing to learn the instrument.

He performed alongside six of his brothers in The Kamkars.

Both he and fellow world music performer Sami Yusuf were born in Iran.

Bijan Kamkar Is A Member Of