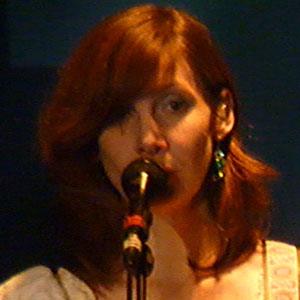 English singer and guitarist best known as a member of the influential shoegaze band My Bloody Valentine. Her delicate vocal melodies are considered a key component of songs like "Only Shallow."

She was a dance student at the Trinity Laban Conservatoire of Music and Dance.

She suffered from panic attacks in the late 80's, causing her to take up taekwondo and later earning a green belt.

She has sons named Toby, Billy and Davy.

She is the longime bandmate of My Bloody Valentine singer and frontman Kevin Shields, with whom she has also had a romantic relationship.

Bilinda Butcher Is A Member Of