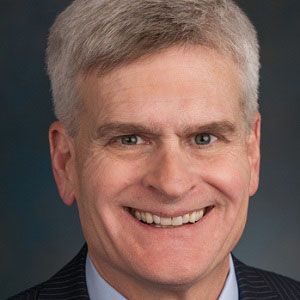 He received both his bachelor's degree and his M.D. from Louisiana State University and became a liver specialist at the Earl K. Long Medical Center in Baton Rouge. In 2006, he entered politics as a Louisiana State Senator.

Born to James and Elizabeth Cassidy in Highland Park, Illinois, he later relocated to Louisiana, where he married physician Laura Layden and fathered a son named Will and daughters named Meg and Kate.

Before becoming affiliated with the Republican Party, he supported the 1988 presidential campaign of Democratic candidate Michael Dukakis.

Bill Cassidy Is A Member Of