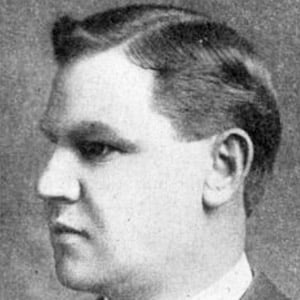 Founding member of the Industrial Workers of the World and member of the Executive Committee of the Socialist Party of America. He was convicted of violating the Espionage Act of 1917 during the infamous Red Scare.

He was permanently blinded at age nine after injuring himself while cutting a slingshot with a knife.

While temporarily out of prison during the appeal of his conviction, he fled to Russia. He lived there for the rest of his life.

His father was a rider for the Pony Express.

He was a member of the Socialist Party of America, led by Eugene Debs.

Bill Haywood Is A Member Of