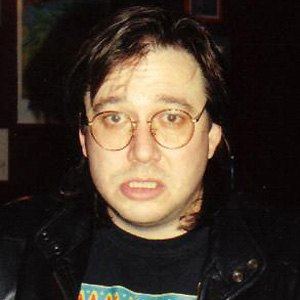 Legendary standup comedian whose material often dealt with controversial and dark subject matters. In 2007 he was ranked the fourth greatest stand-up comic of all time on Channel 4's list of the UK's 100 Greatest Stand-Ups. A documentary about his life, American: The Bill Hicks Story, was release in 2010.

He began writing comedy routines and acts with friend, Dwight Slade, in his early teens. In 1987 he appeared on Rodney Dangerfield's Young Comedians Special, which was a big boost to his career.

His 1993 appearance on Late Night with David Letterman, his 12th on the show, was famously pulled from the air because the producers feared backlash over a religious joke he made.

He grew up in Valdosta, GA with his parents, Jim and Mary, and his two older siblings, Lynn and Steve. He died of pancreatic cancer in 1994 at the age of 32.

Dennis Leary has often been accused of stealing his act and persona.

Bill Hicks Is A Member Of