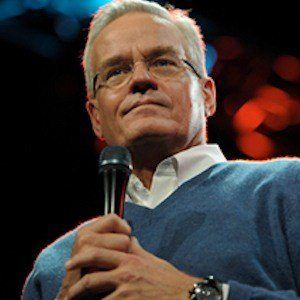 He received a bachelor's degree in Biblical Studies from Trinity International University.

His church, Willow Creek Community Church, is one of the most heavily attended Churches in North America with nearly 24,000 people attending on average in 2011.

He has two children with his wife, Lynn whom he married in 1974.

Condoleezza Rice spoke at the Global Leadership Summit that he founded in 1999.

Bill Hybels Is A Member Of