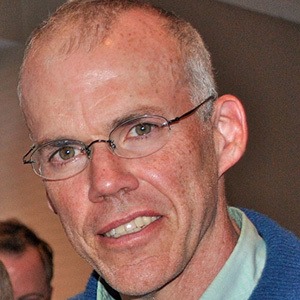 American journalist and environmentalist who is best recognized for his written work covering global warming. He is also known for being the leader of the anti-carbon campaign group 350.org.

He attended Harvard College where he worked as editor of The Harvard Crimson. After the election of Ronald Reagan in 1980, he dedicated his life to environmental causes. He then started writing for several press outlets including The New York Times, The Atlantic, and Harper's.

He was awarded the Gandhi Peace Award in 2013 as well as the Sophie Prize.

He was born and raised in Palo Alto and married Sue Halpern. Together they have one child.

He is known for having spoke at a Bernie Sanders campaign at Southern New Hampshire University in January of 2016.

Bill Mckibben Is A Member Of