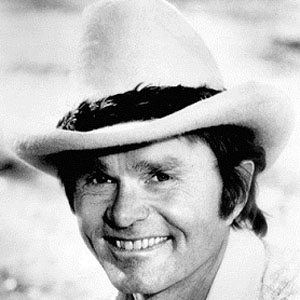 This terrifying on-screen villain delivered the famous line, "squeal like a pig," as the Mountain Man in the 1972 thriller, Deliverance. His other credits include The Young Indiana Jones Chronicles, Starsky and Hutch, and Columbo: Swan Song.

He lived an itinerant life as a child, finally joining the Navy at age 19 and serving in the Korean War.

Several of his castmates in Deliverance claimed that during the filming he was behaving much like his deranged on-screen persona, though he claimed to be a consummate professional.

He grew up in Chattanooga, Tennessee.

He studied at the Pasadena Playhouse in 1957, where Dustin Hoffman was his classmate.

Bill McKinney Is A Member Of