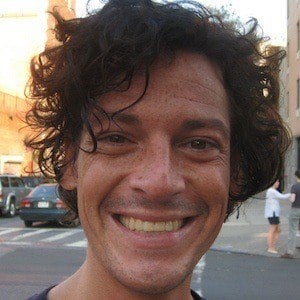 Writer and TV personality known for his time as the outlandish sidekick of Greg Gutfeld on the Fox News show Red Eye w/ Greg Gutfeld. He's also written for the New York Times.

He attended Emerson College, where he received a print journalism degree in 1998. He started working for Red Eye when it debuted in 2007.

He worked as an editor at Stuff Magazine in the early 2000s, where he initially met Gutfeld. He's also been published in Maxim and The Daily Beast.

He grew up in Lake Forest, Illinois. He's said that he's a relative of William Dawes.

While on Red Eye, he voiced a caricature of the New York Times newspaper called Pinch, which referred to Arthur Ochs Sulzberger.

Bill Schulz Is A Member Of