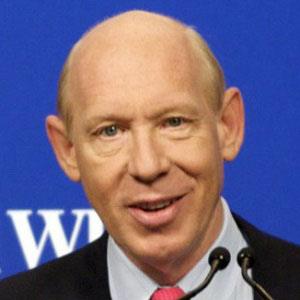 From 2004 until 2010, this Democratic Party politician served as Mayor of Houston, Texas. Previously, during the presidential administration of Bill Clinton, White had held the position of United States Deputy Secretary of Energy.

After earning a bachelor's degree in economics from Harvard University and a law degree from the University of Texas, he began working for the Houston law firm Susman Godfrey, LLP.

After Hurricane Katrina necessitated the evacuation of thousands of people from the city of New Orleans, White provided the Houston Astrodome as a temporary housing option for evacuees and also established programs to find more permanent housing, as well as jobs, for victims of the hurricane.

The son of Gloria and Bill White, he was raised in San Antonio, Texas. He and his wife Andrea eventually settled in Houston with their children Stephen, Will, and Elena.

He ran for Governor of Texas in 2010, but was defeated by Republican candidate Rick Perry.

Bill White Is A Member Of