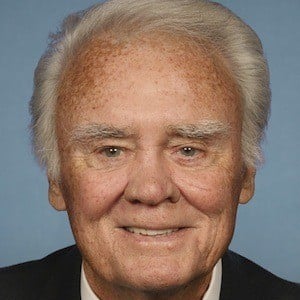 American Republican politician who served in the House of Representatives from 1971 to 2013. He was the longest-serving Republican member of Congress at the time of his death.

He served in the Army National Guard from 1948 to 1957 and went on to run an insurance company before entering politics.

He also served as Chairman of the House Appropriations Committee from 1999 to 2005.

He was one of the congressmen who supported the impeachment of President Richard Nixon in 1974.

Bill Young Is A Member Of