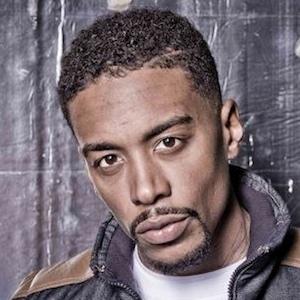 Hip hop and renaissance artist named by B.E.T. as the next rising underground MC. He broke on to the national scene as the featured artist on the Anthony Lewis top 40 hit 'Candy Rain.'

He began his music career writing rhymes and teaching himself to produce from a young age. He attended Howard University to further hone his craft.

He was signed to the music label The Chemists, led by Interscope Records executive Garnett March.

He was born in Westside, Queens, New York and raised during the Golden Era of hip hop in New York City. He is named after his father, the original Billy Bang, who was tragically killed.

He made his national television debut performance on The Queen Latifah Show.

Billy Bang Is A Member Of