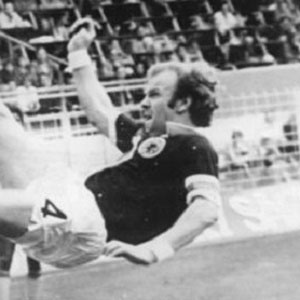 Scottish soccer player and coach best known for playing for a number of Scottish teams and for coaching both Leeds United and the Doncaster Rovers.

He attended St. Modan's High School and represented the Scotland Schoolboys. He later spent the majority of his youth soccer career with Leeds United.

In addition to his soccer career, he ghost-wrote a column in Shoot Monthly throughout the 1970s.

He was born in Stirling, Scotland to James and Bridget Bremner. He married Vicky Dick in 1961. He died of a heart attack in Doncaster, England.

Billy Bremner Is A Member Of