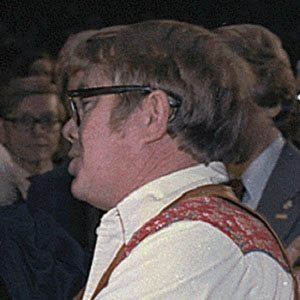 Most well known as the younger sibling of United States President Jimmy Carter, he is also notable for his involvement in a scandal called "Billygate," during which he became a foreign agent of Libya. He is also remembered for advertising the once-popular Billy Beer brand.

After briefly attending Emory University, he served in the U.S. Marine Corps and subsequently worked for his family's peanut growing business.

He ran an unsuccessful 1976 political campaign for mayor of his hometown.

He and his siblings Jimmy, Ruth, and Gloria were born to James and Lillian Carter and were raised in Plains, Georgia; tragically, all of the Carter children except for Jimmy died of pancreatic cancer in their fifties or early sixties. Billy Carter's marriage to Sybil Spires produced children named Jana, Kim, William, Mandy, Earl, and Marle.

Billy Carter Is A Member Of